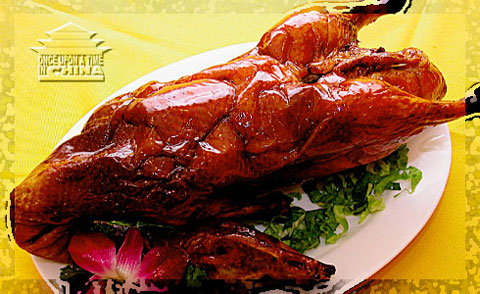 Normally, I don't write much about the University of Oregon athletics, other than to root for their opponents, or to make fun of their mascot. After all, I'm an Oregon State alumnus and fan, so I tend to take a dim view of the nefarious goings-on in Eugene. However, over on the excellent blog Addicted to Quack, which covers the Ducks for the SBNation blog network, was a gem.
It's a transcript of a radio interview between Oregon head football coach Chip Kelly, and local sports columnist and talk-show-host John Canzano, on the subject of discipline issue on the Oregon football team.

I've never been much a fan of Canzano, who represents many of the baser trends of the sportarazzi. While he is a dogged reporter (perhaps his greatest coup was getting reformed pothead Damon Stoudamire to pee in a bottle back during the "Jail Blazer" years--Damon passed the test), he has a tendency to make his column about him; not about athletes or coaches or teams. He also wallows far too much in sloppy sentimentality for my taste, and his moralism evokes memories of Hedda Hopper (Canzano might take some fashion advice from her and get a hat). The Portland Mercury, never one to wince words, even went so far as to label his moralizing as "quais-racist" (this after Canzano encountered then-Blazer forward Darius Miles in a strip club and complained about it in his column--if it's so bad, what was Canzano doing there?)

OTOH, I'm not a fan of how the Oregon athletic department operates--like many aspiring football factories, far too much goes on beyond closed doors (and unlike most other programs, the Ducks are uniquely dependent on a single donor). The the LaGarrette Blount incident last year could have been done handled better--if the suspension was to be an indefinite one, rather than a permanent one, the team should have said so up front. (And if it were truly permanent, then he should have been kicked off the team).

Anyway, it was a fascinating interview--Kelly more than held his own against a trained media personality. Canzano came off looking like he wanted to shoot-first, ask-questions-later--he seems perpetually outraged that college students do stupid things, seems to think that wherever there is smoke there must be fire (and thus, the existence of an investigation is itself grounds for discipline). He openly suggested that the quality of talent, not the severity of the transgressions, guided discipline on Kelly's team--which Kelly vigorously denied. All in all, Canzano came off looking like a certain feminine hygiene product that rhymes with "swoosh".

On the other hand, Canzano caught Kelly off guard with an on-air claim that several people within the Ducks' football program had expressed (to him) a lack of confidence in Kelly's leadership--off the record, of course. Kelly seemed genuinely surprised, if not outright insulted, at the possibility of dissension in the ranks--given that one football player (Jamere Holland) who was kicked off the team had previously questioned Kelly on a Facebook page, Kelly's surpise is--well, surprising. (Kelly insisted that the dismissal of Holland was for reasons beyond the Facebook posting, but refused to elaborate).

Who "won"? Hard to say--much depends on the result of the investigations involving star players Jeremiah Masoli and LaMichael James. If they plead guilty (or are convicted) of the various charges against them, and Kelly drops the hammer--then Canzano will look bad. If, OTOH, they are held to account by law enforcement, but slapped on the wrist by the coach, than the bald guy will have a point. If the charges are dropped or the players are acquitted--that's where it gets interesting... and my guess is that's where this will likely end up.

Just another day in sports in Oregon....
Posted by EngineerScotty at 8:39 AM